This is the story of Frankie, a young boy with autism who stopped toe walking and learned to talk after his family discovered Magnetic Resonance Therapy. It is reprinted here with permission, the original publication can be found here: Autism Parenting Magazine. 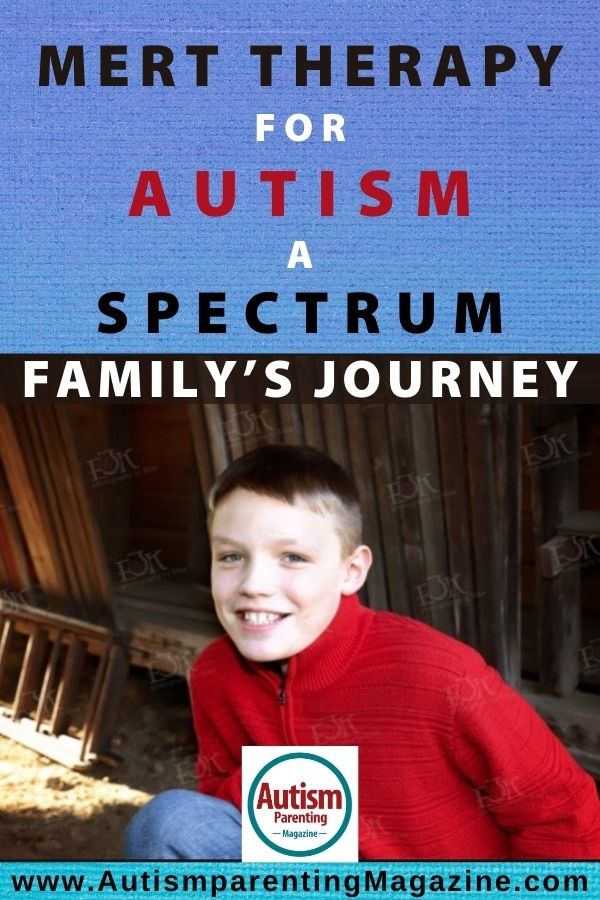 For the first few months of Frankie’s life, his father, Frank, had no inkling that something might be different. Frankie is his first and only child, and in the glow of new fatherhood, everything seemed perfect.

As Frankie grew, the pediatrician began asking Frank and his wife, Mary, whether their son had begun speaking. With every visit, they had nothing to report. Mary was the first to suspect that something was different. They took him in for a consultation with a neurologist when he was 18 months old, and her concerns were proven right – Frankie had autism.

With the diagnosis official, the couple jumped into action. They started early intervention and enrolled Frankie in a special education school for both preschool and kindergarten. Meanwhile, Frank read as much as he could get his hands on about autism. He stumbled across a place called the Brain Treatment Center of Newport Beach in his research. Located in sunny California, it was literally across the continent from his family’s home in New Jersey.

Frank initially didn’t put much thought into the Brain Treatment Center as they explored options closer to home. “We went to specialists everywhere,” he says. Frankie received “five speech therapies a week where they were just trying to get him to say anything. Anything. It was a fantastic effort by the speech therapists, but just painful to watch.” And then there was another problem: his toe-walking. Some said they would have to leave Frankie’s legs in casts for months until his muscles atrophied so he could be trained to walk flat on his feet. Another specialist said that with two years of treatment, they could likely reduce his toe walking…by 50%. “And I was going to do it. I was,” Frank says. But when Frankie was six years old, a visit to his developmental pediatrician changed everything.

After ruling out any nutritional deficiencies that might explain Frankie’s limited progress, the doctor asked Frank and Mary if they had ever heard of the Brain Treatment Center. It was like a lightbulb clicked on. “I said ‘I’ve been reading about this…and now you’re telling me this face-to-face… That’s it. We’re gonna go,’” says Frank. The thought of taking Frankie, who had never been on a plane before, all the way to California, was daunting. But they knew it was worth a shot, and soon they were in Newport Beach, ready to try an innovative brain treatment known as Magnetic e-Resonance Therapy, or MeRT.

What is MeRT therapy?

According to the Brain Treatment Center’s website, MeRT combines three technologies to treat autism. First is repetitive transcranial magnetic stimulation (rTMS), a non-invasive procedure that uses “pulsed magnetic fields to change neural activity.” Next is the Quantitative Electroencephalogram (EEG), which monitors the brain’s activity, and then the Electrocardiogram (EKG), which records the electrical activity of the heart. rTMS is already an established therapy for depression, but where MeRT differs, is that the magnetic frequencies are more customized based on the results of the EEG and EKG.

The doctors at the Brain Treatment Center made it clear that MeRT didn’t work on everybody, but that they would know whether it had potential for Frankie within the first week. They performed an EEG and an EKG on him before working with the rTMS machine so they could track any changes. Next, he received four sessions of MeRT over four days, then another EEG and EKG were performed to compare. For the first two weeks, Frankie’s scans showed that he was responding – “but there was zero change in his ability to speak or stop toe-walking,” says Frank. “They told us, ‘You’re gonna see it come up on the computer first, and then it will materialize.’”

Finally, in the third week, something happened. The family was driving around sightseeing when they realized that they were getting lost in the California desert. Mary and Frank began to argue, and right in the midst of it, the moment they had waited six years for finally came. “I remember he said a seven-word sentence basically to the effect of ‘I want you two to stop fighting.’ And it shocked me so much that I almost stopped breathing,” Frank recounts. “I looked at my wife and said ‘Do you realize what just happened? He just said a seven-word sentence.’ I had tears in my eyes, and I was happy at the same time. He was so upset that it pushed these words through.”

From there, Frankie’s progress snowballed. They returned home after only a month, but the difference between the child who arrived in California and the one who left was striking. They had taken a video of Frankie on the plane when they started the journey, “and he’s just making baby babble,” Frank says. “We have another video of him on the plane coming back. And he looks out the window and says, ‘Goodbye California, see you soon.’ This was a nonverbal kid, 30 days later. And his feet are flat on the ground.”

Doctors said Frankie would continue to improve even without regular MeRT, albeit a bit slower. Today, he is 11 years old, verbal, and attends a public school. He tells Frank stories about times when he wanted to speak but couldn’t. “He goes ‘You know, I’m so glad we went to the brain treatment, because now I can talk,’” says Frank.

Looking to the future and helping others

MeRT is still a relatively new autism therapy, but it is expanding. Frank has plans to open his own clinic in New Jersey. You can find more information about his venture here.

The journey to this point was often challenging, but through it all, Frank found a new life goal and his son grew in ways they never could have imagined. To all parents of children with autism, he has a very simple piece of advice: “Don’t ever give up.”

Learn more on December 8th by attending our complimentary seminar.